We are now aware that the martyrdom of a Catholic priest, Fr. Jacques Hamel, has taken place in France. It was only a matter of time before ISIS began its assault on Catholicism in Europe, and eventually, the United States. Other than in the Middle East and Asia, Christians have not been the primary target of ISIS and other radical Islamic groups. It has largely been secular institutions that have been attacked.  Catholicism in the West is now a target of ISIS. The difference between the attack on Catholicism and the attack on secularism is that Catholics can win this war.

The West is largely impotent in the face of radical Islam. We do not seem to fully grasp this truth. We look to our political leaders for decisive action, but all we seem to get is the occasional air strike and hollow words. We Christians watch as our brothers and sisters in Christ are slaughtered and sold into slavery in the Middle East and Asia. There is no talk of the plight of Christians in Syria, Iraq, and even Saudi Arabia by political leaders in the West. Why? Quite honestly because the West has chosen to abandon its Christian roots for nihilism. (Oh, no. There she goes writing about nihilism again.) Quite frankly, we will never understand what is going on in Europe, and soon-to-be the U.S., until we understand the impotent, deadly, and destructive nature of nihilism that is the predominant philosophical influence in the West at this point in history.

Why is the West’s nihilism impotent in the face of radical Islam? Nihilism is a creed in which belief is predicated upon nothingness. I do not mean that nihilists believe in nothing, although material atheism does tend to occupy the thoughts of some nihilist adherents. Nihilism is the belief in nothing objective or concrete. This is best understood through the creed of relativism: What’s true for me doesn’t have to be true for you. This results in philosophical and moral incoherence. There is a reason Pope Emeritus Benedict XVI spoke so much of the dangers of modern philosophies and relativism. Is it possible for all of us to have our own set of beliefs and not impact others? Obviously not. If relativism is true, then it is morally permissible for a jihadi to walk into a Catholic Church and slit a priest’s throat. This is the serious problem we face with secularism and its nihilistic principles. The belief in nothing results in a free for all and objective truth is abandoned. When grave evil rears its ugly head in history, the nihilists either turn a blind eye or end up committing their own evils. The problem is that this incoherence is defended over and over again in our culture. Rugged individualism tears humanity apart because it contradicts our ontological being. I hope this is blunt enough because we have got to get this through our Catholic heads. This is what we are facing in secularism.

Nationalism and democracy cannot possibly confront the grave evil and violence of radical Islam. First, nations cannot seem to come together to confront this evil, which is spreading worldwide at an alarming rate. Since we all have our own set of beliefs we cannot come together to form a solution, whether it be military or diplomatic. Although, in my mind, the time of diplomacy has ended. Nihilism and relativism destroy unity. There is no cause or good to fight for in these philosophies. This is why the West shuffles its feet while thousands are slaughtered worldwide. Second, just battles are waged for a sense of belief in the good. World War II was waged on two unified fronts because the Allies understood the dignity of the human person and the need to defend good. In the West, there is no objective good, so we cannot come together and confront the bloodlust of ISIS.

I have not been able to write much in the last few days. My daughter and I have been battling a chest cold and when she is sick she wants me to snuggle with her 24/7. Since I won’t be able to write today I wanted to share some more beauty. I am a firm believer that beauty helps us to see the world properly and to see God. I love that beauty stops me on a daily basis whether it is the sun shining in my daughter’s hair, or the way my husband smiles, the bird tending to her eggs in my hanging basket, or my roses beginning to bloom. Since my daughter is sick, I wanted to find something that she would love. Her favorite color is purple, so I scoured Google for pictures of Provence, France and England when the lavender fields are in bloom. 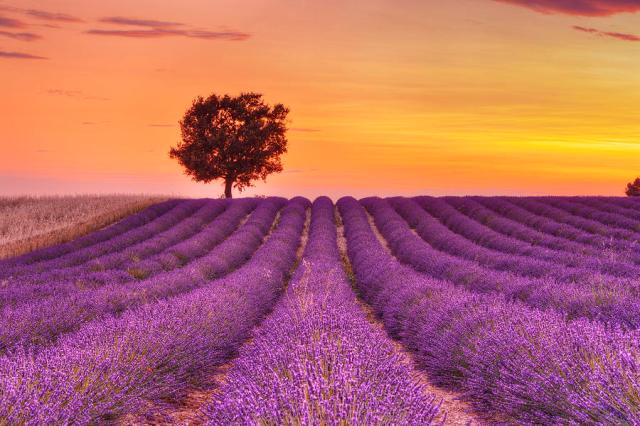 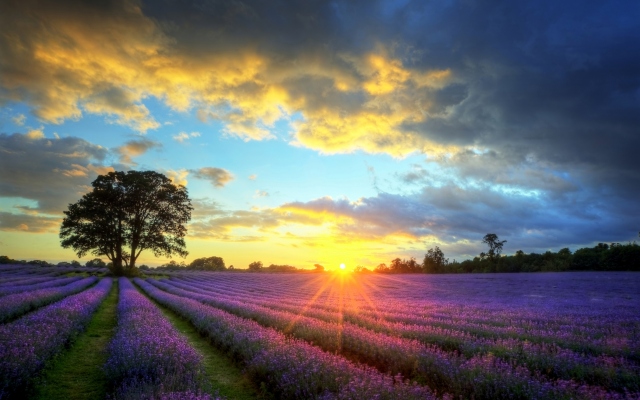 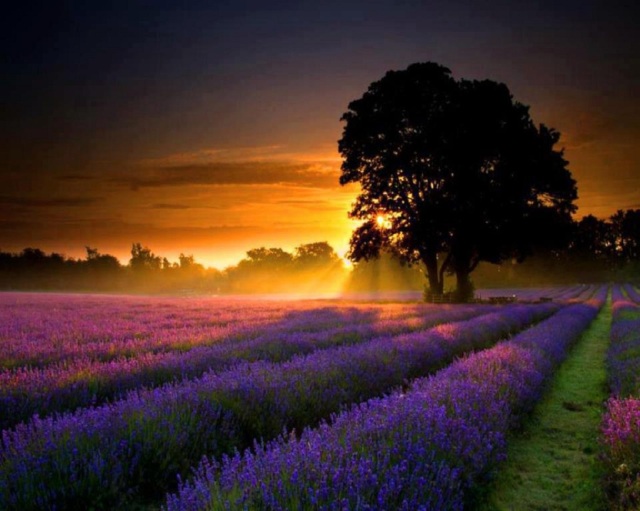