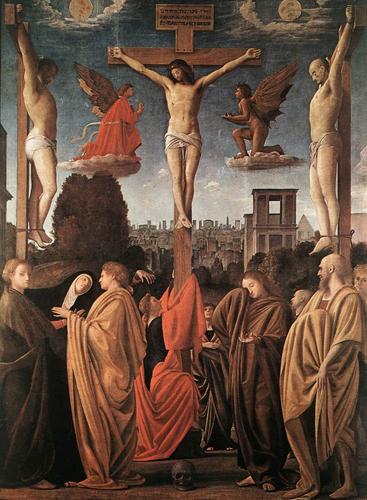 I have always, even before I began formal study, had a theological pet peeve related to human beings and the angels. Somewhere down the line, human beings got the idea that we become angels when we die or that we are to be angels. I would have to study it further to understand where this error started. Perhaps it really began with the cherubim depictions of babies that are so popular that convinced parents that their children who have passed on became cherubim? I am not sure. I can understand this error within the secular culture which assimilates all manners of heresy due to their lack of the fullness of truth. It logically makes sense for things like this to occur. It is not understandable for it to occur within the Church.

This morning I saw an article posted on one of my favorite Catholic sites that focuses on inspirational pieces, that stopped me cold. The title was: We are Called to be Angels. I stopped and stared at it. I was concerned, and frankly a bit annoyed (I am still working on that holiness thing), and so I opened the article. It discusses a bit of conjecture by St. Anselm on the human being as a replacement for the fallen angels. I can’t say the title fully reflected the content. Although, the author did not inform readers that saints have all sorts of conjectures that may or may not be accepted by the Church. This is where error starts and runs rampant. The article has already been shared hundreds of times. The title is a complete theological error and misleading.

We are not called to be angels. We are called to be human, more clearly we are called to be fully human as we conform ourselves to the Blessed Trinity. Our anthropological (theological buzzward) orientation to God is that He created us in His image and likeness in order to serve and become like him. This is not what he did for the angels. Angels are pure spirit, with no body. Speaking of conjecture, I have heard it suggested that Lucifer chose not to serve God after the Incarnation was revealed to the angels (this is conjecture). In equating us to the angels, Christians lose their incarnational understanding. God became man and has invited us to share in His Divine life. The union of body and soul, our humanness, matters. God acts in our world towards us to serve our human understanding. The Church is a combination of the material and the spiritual. It is not either/or, it is both.

This is most fully realized in the sacramental life of the worshiping community. The internal realities of grace are fully realized and expressed through the external actions of the Church, that is, the sacramental sign-action. For instance, St. Thomas Aquinas equates all of the sacraments with various actions and periods within a human being’s life (see the Summa on various Sacraments). Baptism is re-birth and the washing away of sins as the individual publicly declares their desire to be conformed to Christ’s death and resurrection in order to become a member within the public life of the Church. Water, which is the “matter” in this sacrament, is a means of cleansing and washing for the human person. God uses those things that will impact our in order to bring out the internal realities of sanctifying grace. The sacraments are the most concrete union of body and soul that we have on this side of eternity, most especially in the Blessed Eucharist.

So, what am I getting at? Our bodies matter. We are not pure spiritual beings. The fact that Christ became man matters. When we change our anthropological understanding of ourselves all kinds of heresies begin to take hold. In fact, heresies like Gnosticism which hold that material is evil, become a serious problem. That heresy has been around almost as long as the Church.  God made us human, both body and soul, and he sanctifies us through that reality. It is also in our body-soul reality that we are sanctified and conformed to the Blessed Trinity. We are called to be united to Christ’s passion. That can only occur through a bodily unification with the soul, since Christ suffered in His body (and soul).

It is true that we can be like the angels in their obedience, charity, glorification, and service to God. In that way, we most certainly should pray for the grace to be like them. I am a huge proponent of the intercession of my Guardian Angel. My daughter knew the Guardian Angel prayer by the time she started speaking and it is her favorite prayer. In fact, a great peace washes over her at night as she prayers it, knowing that Our Lord has given each one of us a great spiritual being to guide and protect us through his will.

I just want to remind Catholics that there is a very real serious threat of dualism and a misunderstanding of the human person in our culture that we can absorb. And while the article in question was about a Catholic saint. It is important that we have a grounded theological understanding before we tackle conjecture from the various saints. St. Anselm posited that human beings are to replace fallen angels in Heaven, but that does not mean that we become angels. The title is misleading and wrong. It is a very important distinction and that word replace can cause a lot of confusion for Catholics. As my professors are always telling me, ‘precision in language is crucial’. We resurrect at the end of the Parousia, in our glorified bodies. It is not just our spirit, nor are we called to be like purely spiritual beings. We never become angels. Our intellects are incapable of reaching that of the angels and we were created to be human beings. Angels and men are both beautiful aspects of God’s awesome creative power and love. We are called to become the highest form of a human being as God perfects our fallen nature and the angels are called to be the highest form of angel.

***UPDATE: Please be sure to read the comments in order to see the clarification from the author of the original article. I am appreciative that he took the time to clarify.

**UPDATE: The editor of the Catholic online magazine has contacted me and said the title has been adjusted and the content has been clarified in relation to Church teaching. It was an accident. These things happen. :o) 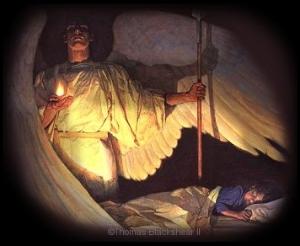 *If I have made any theological errors and you happen to be a theologian, instead of a lowly grad student like me, or you are a grad student, please feel free to correct me. I never want to preach or teach in error. It was not my intention to eviscerate the author of the article either. He is not a theologian. I merely wanted to point out that our words and teaching, even as a layman, matter.* My professors are constantly telling us that “precision of language matters” and I think the article in question is a very good example of why.  God bless.